The best British classic cars are the ones you remember even after they’re long gone. Whether it is the iconic style you remember and long for, the character of the interior and specifications, how rare it was or the thing you just can’t quite put your finger on, there are plenty of factors which contribute towards our favourite British classic cars.

With the many models and design iterations down the years, along with Britain’s heritage in producing some of the world’s most stunning motor vehicles, we’re going to run down our top ten British classic cars. Take a look below to see what made our list, let us know which picks to agree with, or tell us what we’ve overlooked. 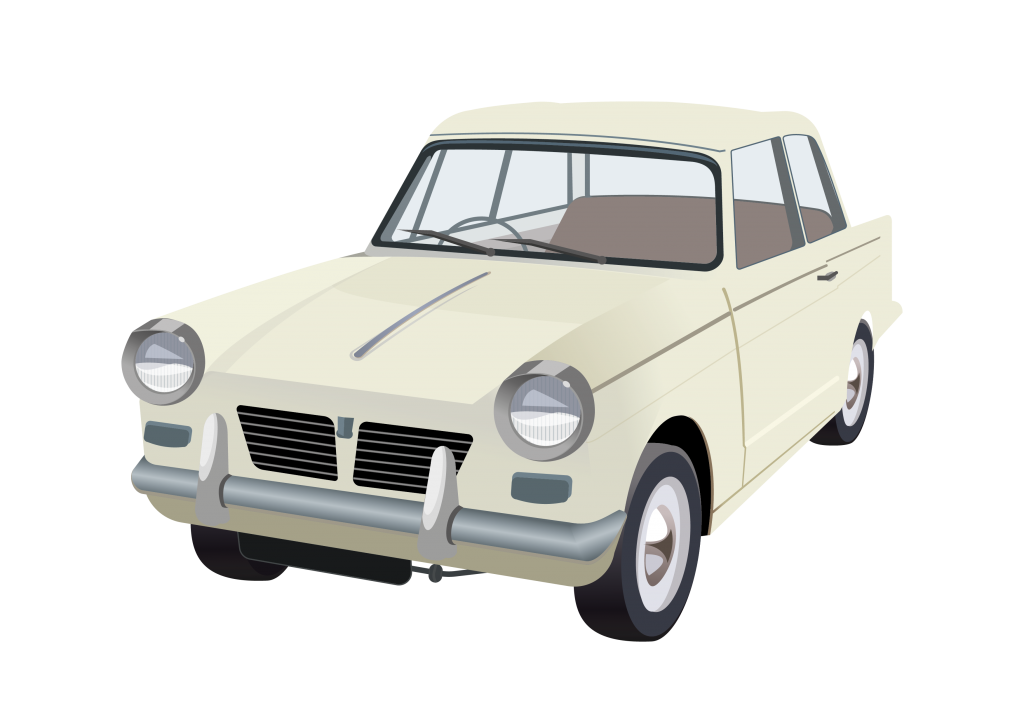 Launched in 1961, the takeover by Leyland Motors ensured money was available to develop this new model. The Herald 1200 was better for quality both in terms of the interior – laminate dashboard and better seating – as well as on the exterior and under the bonnet.

At different points you could find a saloon, coupe, convertible and estate version of this classic car built in Coventry, but it is probably most popular from media appearances, showing up in the 2012 Olympic Game Closing Ceremony and in early seasons of classic TV drama, Heartbeat. 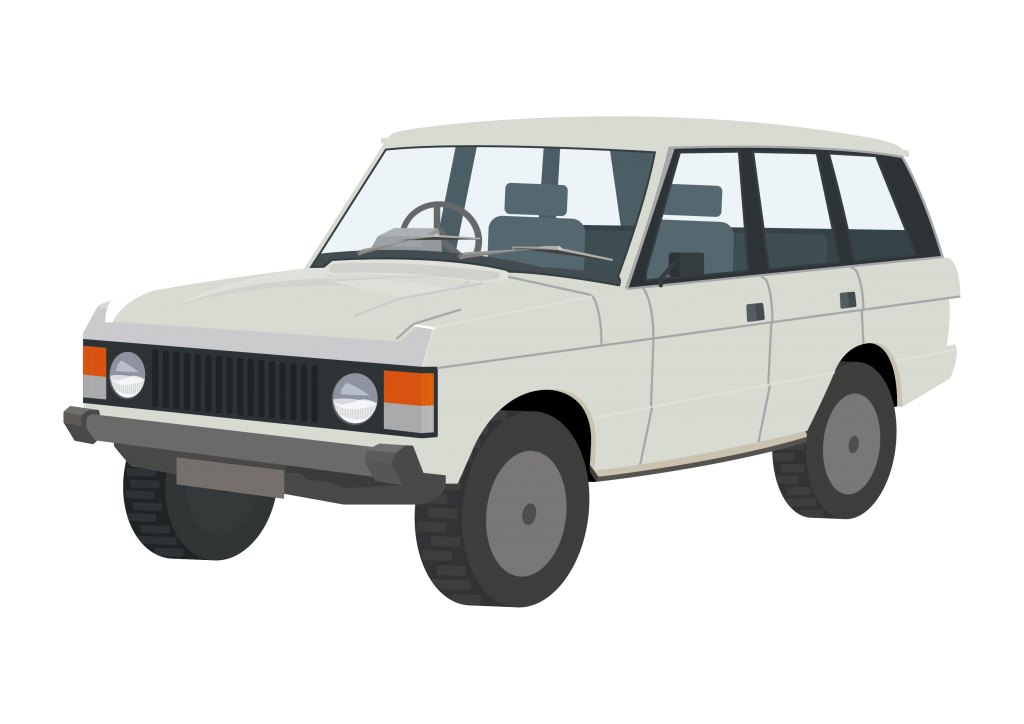 It has classic in the title these days for a reason. Produced from 1970 up until 1996, you’ll probably recall the military green as the classic colour inherited from the Land Rover Series (which we’ll look at later). Iconic for the more luxurious, elongated but boxy frame, there was little tinkering with the body design over the first decade, with initial models only coming with three-doors.

Retaining off-road capabilities while providing more comfort for the modern driver, Rover was tapping into an emerging market – even Pope John Paul II had three custom Range Rovers back in 1982. 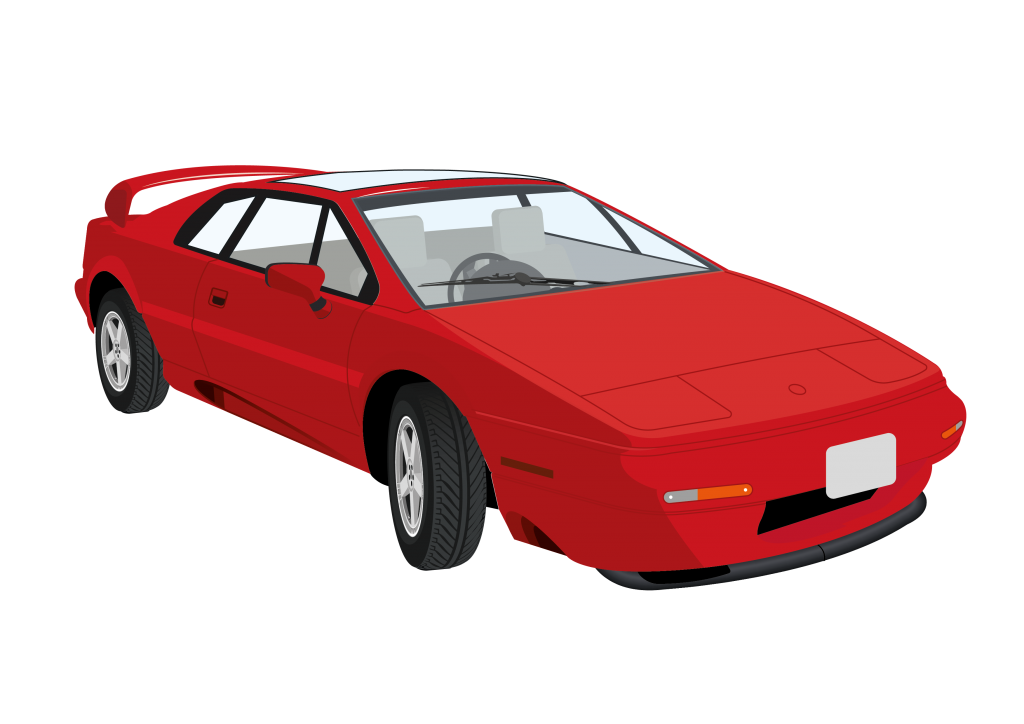 Lotus, based in Norfolk, carry a reputation for producing some of the classiest cars in British history. There is no Lotus more iconic than the Esprit, however, with a wedge-shaped body and plenty of derivative models which followed the S1 from 1976.

Famously, this is the car which turned into a submarine in the Bond film The Spy Who Loved Me. This ensured the Esprit earned a place in the spotlight and the actual car used was snapped up by space-age entrepreneur Elon Musk. 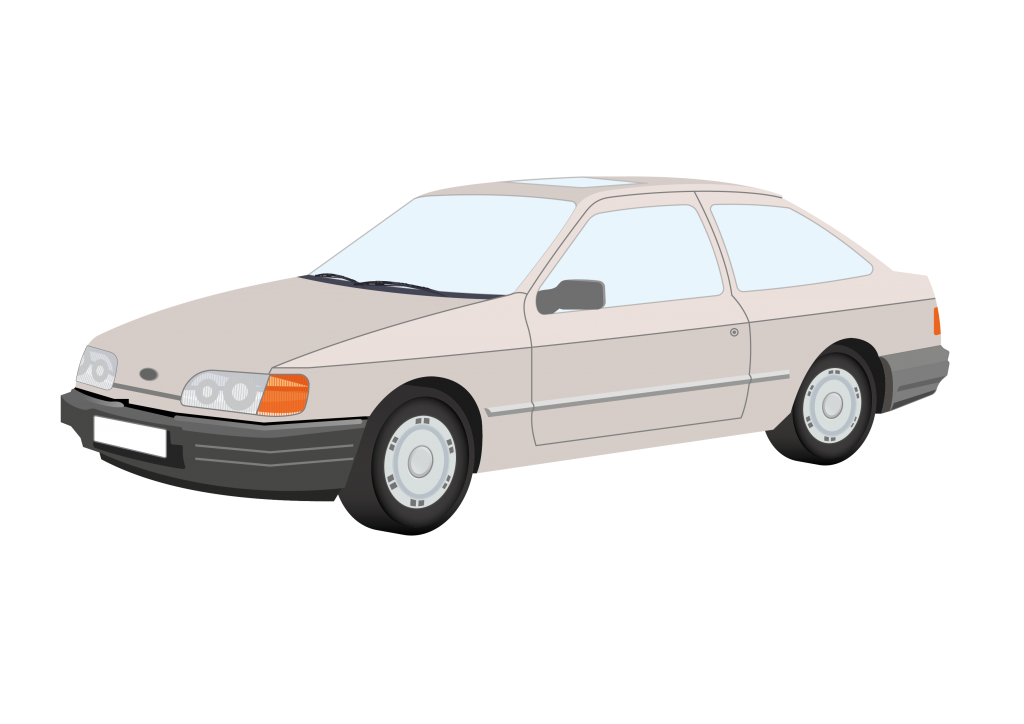 Anyone who had, or searched for, a family car in the eighties and nineties will probably remember the Ford Sierra. First released in 1982, and seen as the replacement for the Cortina, it was not initially a great success. It was a smooth, more aerodynamic vehicle which was thought to have been ahead of its time.

Eventually there was a saloon and a van version of the Sierra, and even a sportier incarnations once the design grew in popularity. Even into the 21st Century the model is still popular in second-hand circles.

Popular from 1948 to 1958, and with a number of derivative series following on from the iconic design, the Land Rover Series I has a no-nonsense, military, explorer vibe to it – hence the popularity of Land Rovers with the British, Australian and New Zealand armies. It was designed with minimal aesthetic for the interior and came without certain body portions initially.

An off-road vehicle, the Land Rover is thought to be inspired by the American Willys MB used during World War II. 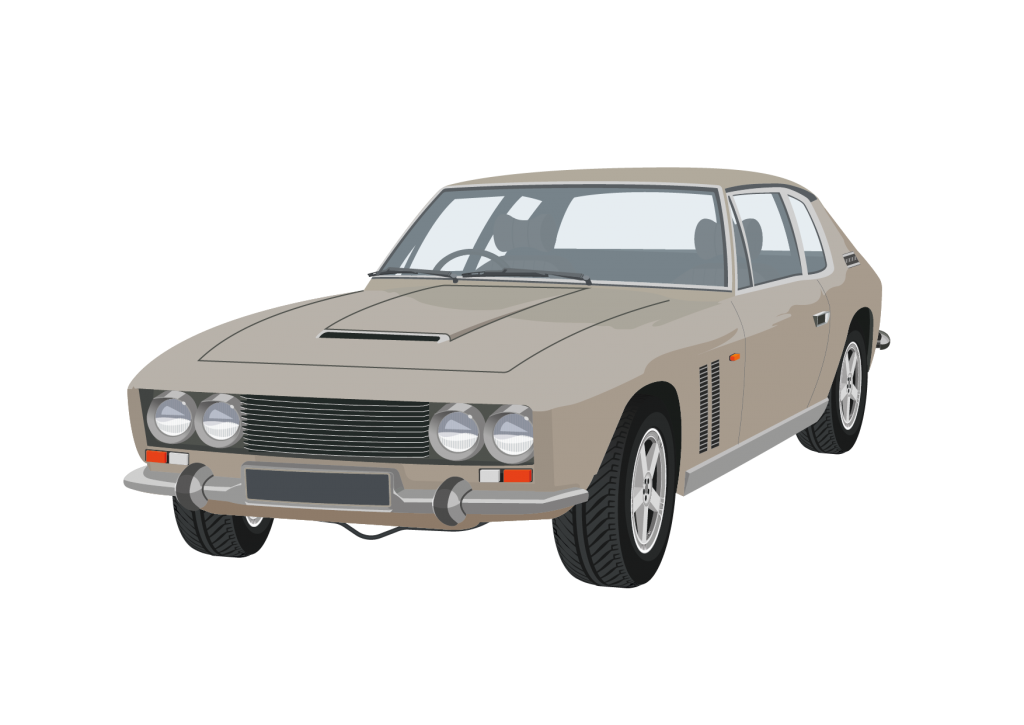 At the time, the Jensen FF was an underrated gem, possibly misunderstood because it fell between the sleek style of British cars and the power of American cars. However, it was the first production car to have four-wheel drive without being an all-terrain vehicle.

Produced from 1966 to 1971, Jensen Motors might have priced themselves out of the market with this one, but it has since made it onto many “best classic car” lists for enthusiasts to fawn over.

The MGB had a long old run, produced from 1962 up until 1980, such was its popularity both at home and in the American market. It might not be the flashiest classic car, but it was simple and sleek in its design.

A staple of the 60s and 70s, this two-seater was easy enough to maintain and the volume of units produced means that parts should be easier to find than some of the rarer classics. The roadster, GT and MGC came after this model, with tuned versions finding success in road competitions. 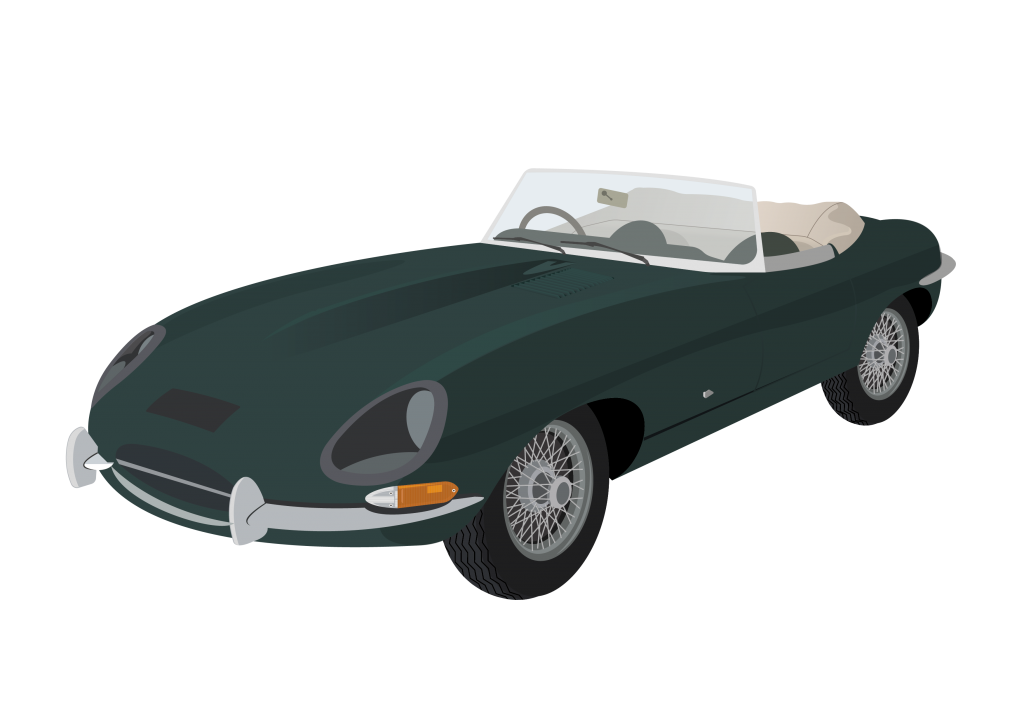 You probably won’t be able to find a list of classic British cars that doesn’t include the Jaguar E-Type. So brilliant is the design that even the picky Enzo Ferrari described it as “beautiful”. Striking and aerodynamic, it was a revolutionary design and perhaps best summed up the beauty of cars in the 60s.

In production from 1961 to 1975, they even made a four-seater version of the E-Type for families. It wasn’t just pretty to look at either, it boasted a top speed of 150 mph courtesy of a 5.3 litre V12 engine. 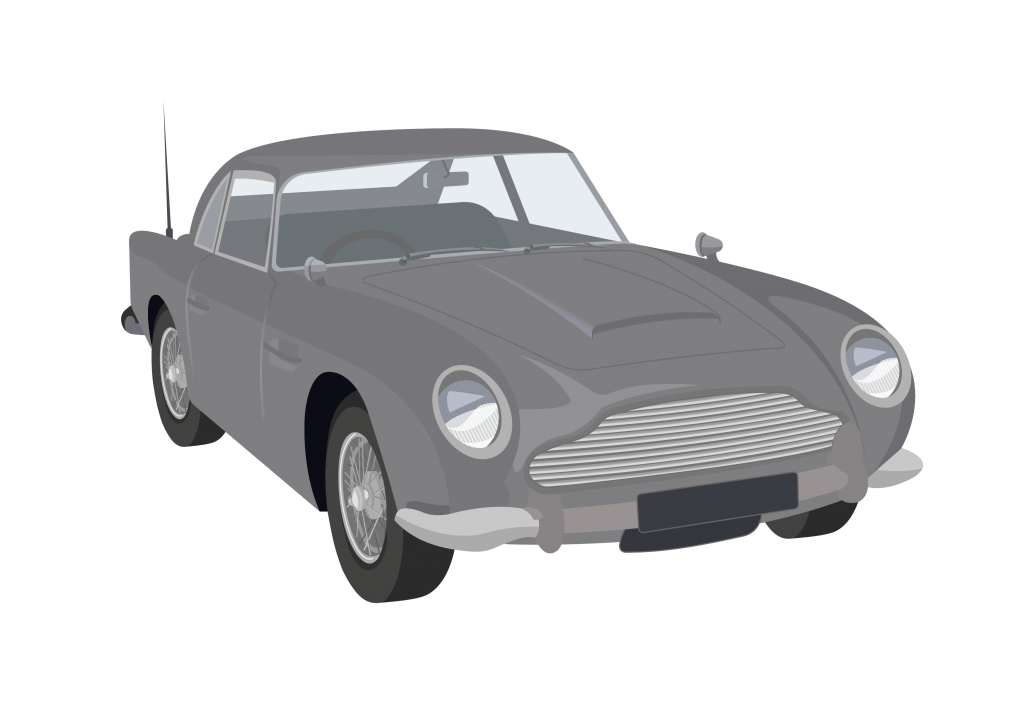 Who could forget the car most synonymous with 007? James Bond drove the Aston Martin DB5 in Goldfinger, gadgets and all. Rumour has it that Aston Martin weren’t originally keen to have their DB5 in the film – despite the fact Bond drives an Aston Martin in the books, too – but it is now tied to one of the world’s most famous characters forever.

There was no better car for the secret agent anyway, with a beautiful design and great performance to boot. Bond made the car popular, but it was only produced for two years (including a convertible version) before being replaced by the DB6.

With a whopping 41 years in production (1959-2000), the original Mini is the ultimate British classic car. With a slightly bubblish look to it compared with the other cars in this list, the Mini was popular with everyone and is closely associated with the style of the 60s.

Small by name and nature, the Mini offered a family car which people could actually afford, all while making use of all the available space. The Italian Job is a film littered with classic cars, but it shows just how mighty this car is that the Mini is the most iconic in the 1969 film. The Mini has even featured in motor sports around the world, displaying just how versatile a vehicle it is.

Whether you’ve got a Mini, Aston Martin or any other classic car we’ve missed on this list, if you’re looking to keep the windows and windscreen your vintage vehicle in top condition, look no further than Classic Car Windscreens. We’re passionate about getting the right glass for your make and model and are always happy to discuss your vehicle and make expert recommendations. Get in touch with our team today!